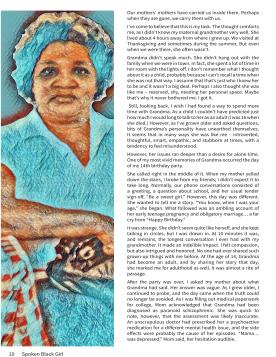 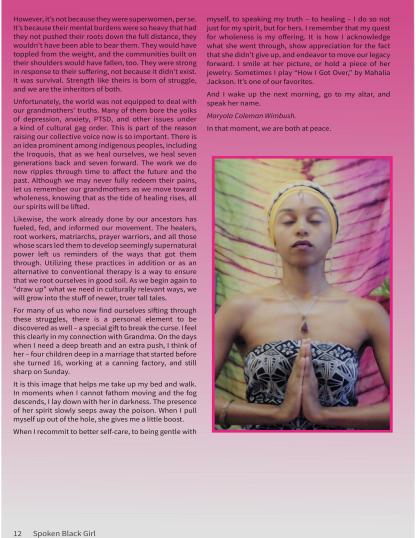 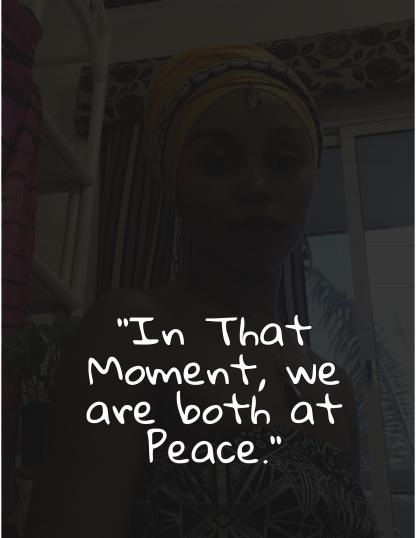 Health and wellness touch everyone’s life differently. This is one person’s story.

These days, lifestyle trends are a dime a dozen. Way back at the turn of the century, though, vegetarianism was still reserved mostly for hippies, health nuts, or other “extremists.”

Those were all my favorite people, so I latched on.

All of my older, wiser, more revolutionary friends assured me that being vegetarian was “healthier.” They said I’d feel dramatic physical, mental, and spiritual benefits after making the switch to meatless living. At the time, I was 17 years old and easily convinced.

It wasn’t until I attended college that my meatless path took an unexpected turn. Faced with having to make food choices that were no longer just philosophical, but tangible, I made some grave mistakes.

So in 2001, during my junior year of high school, I announced to my parents that I was giving up on eating animals.

They laughed. Nevertheless, I persisted, rebel that I am.

And the start of my lacto-vegetarian adventure was decent. Did I gain tons of energy, develop laserlike focus, or levitate during meditation? No. My skin cleared a little, though, so I counted it as a win.

The mistake I made, which caused me to gain 15 pounds

It wasn’t until I attended college that my meatless path took an unexpected turn. Faced with having to make food choices that were no longer just philosophical, but tangible, I made some grave mistakes.

All of a sudden, refined carbs were my new staple, usually paired with dairy. At home, I ate the same meals my mother had always made, just sans the meat and heavier on the veggies.

Life at school was a different story.

Think pasta with alfredo sauce, or cereal with milk for breakfast, lunch, and dinner. The packaged vegetarian foods I sometimes bought from the grocery store turned out to be just as heavily processed.

It wasn’t until my second foray into lacto-vegetarianism (about six years later) that I was able to close some of the gaps in the advice of my old meat-free friends.

I was still dedicated to a meat-free lifestyle and exercised regularly, but by the end of my first semester, I gained more than 15 pounds.

And this wasn’t your average freshman 15. It wasn’t a “filling out” of my body type. Instead, it was a noticeable bloating and tightness around my belly. The weight was accompanied by a drop in my energy level and mood — both things I was led to believe only those dastardly meat eaters had to deal with.

So I quit being vegetarian, but then I went back…

My older, wiser friends must have left out a few details about vegetarianism. This weight gain was obviously not what I had expected.

Halfway through my sophomore year, I opted out. I wasn’t experiencing any of the benefits I thought I’d feel. In fact, I often felt physically, emotionally, and mentally worse than I did before.

It wasn’t until six years later, into my second foray into lacto-vegetarianism, that I was able to close some of the gaps in the advice of my old meat-free friends.

With more information and a deeper connection with my body, I had a much better experience the second time around.

Here’s what I wish I had known before my first ride on the vegetarian bandwagon:

Read the rest on Healthline…

Interested in working together? Send me an email at crhchandler@gmail.com to start a conversation.